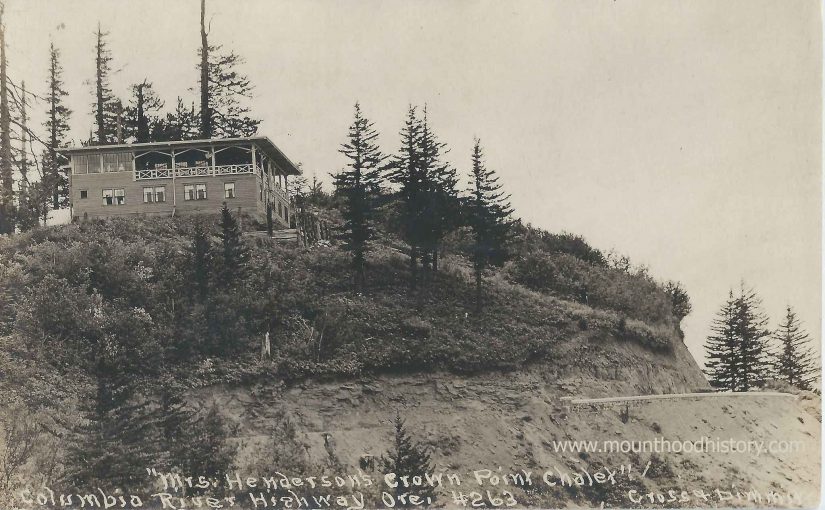 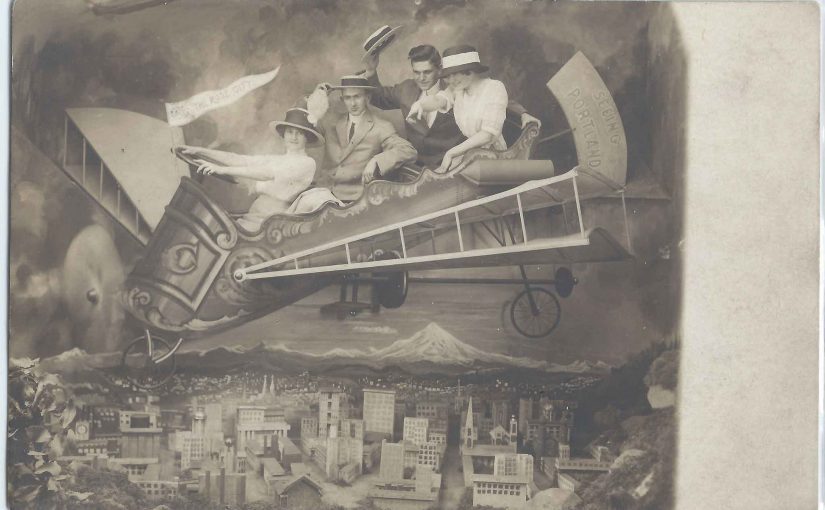 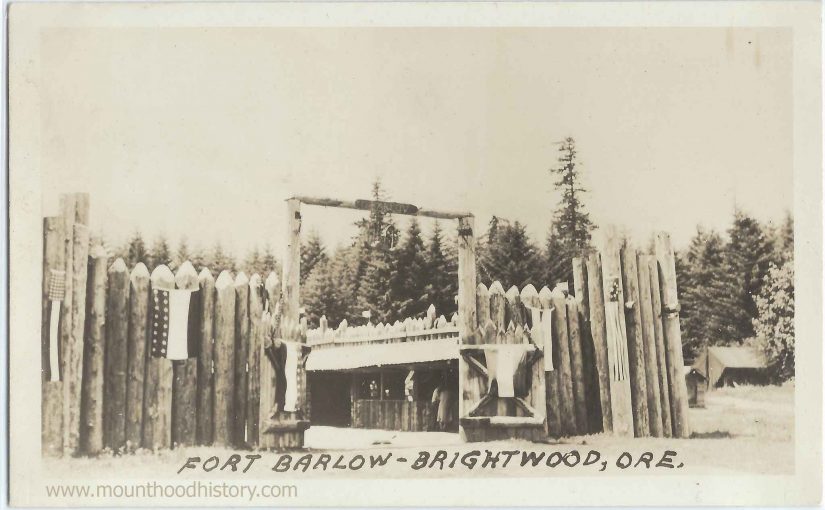 A lot has come and gone along the old Mt Hood Loop Highway, the name given for the route that started in Portland and followed old Highway 30 along the Historic Columbia River Highway to Hood River then along the present Highway 35 south from Hood River to Government Camp and the back to Portland via Highway 26, the route of the original Barlow Trail and the Mt Hood Highway. Of course it could be travelled in either direction, but either way the route would take one completely around Mount Hood. It’s still a very popular “Sunday drive” for those wanting to get away and see some scenery.

Things have changed through the years – Cars are faster and roads are better. Today one can take the drive and only stop for a quick lunch before they arrive back at home again all within a day, but there once was a time when folks would take the trip on the old Mt hood Loop and take a week long vacation to do it. During those times there were many more stops to be had along the way that were tourist draws such as restaurants, lodges, roadhouses and recreational activities. There were even more camping options back then.

Much of this activity took place prior to World War II but the boom happened soon after the end of the war. Post World War II saw more people able to afford cars and free time and the roads and automobiles were improved. At that time a lot of soldiers were back home from the war and were looking to start a future for them and their families. Some built attractions along the old Loop Highway to try to pull these tourists in and extract some of their money in exchange for entertainment, lodging or meals. One such short lived attraction that sprung up was the Mt Hood Indian Pageant in Brightwood about 15 miles east of Sandy Oregon.

In 1947 one such soldier named Max Gilroy and his wife Virginia had the idea to set up a fort and to recruit Indians from Umatilla to come and setup an encampment and show tourists the ways of the Native American. Max and Virginia were very much interested in Native American history and tradition.

He and his wife Virginia, with help from friends, including Umatilla Indians that they knew, put all that they had into building the Mt Hood Indian Pageant that included a post constructed Fort Barlow. They advertised “Pageant Performances Daily” and to “Bring your camera”. The fort touted the sale of Indian curios a pioneer restaurant, saddle horse rides and playground and picnic grounds.

There was a grand performance daily where one could observe the Umatilla Indians as they presented “a view of their aboriginal life prior to the coming of the white man”. During the performance an “indian brave” would come back to camp, wounded by an enemy tribe spurring the encampment to prepare for war. In time the victorious warrior would “return to camp with prisoner” and a “scalp dance” ensued.

Once peace was restored to the encampment the Indian girls would would dance, a young couple would marry in a ceremony and the chiefs would smoke a peace pipe. Then “with the coming of the white man, the Indians move west in their tragic quest for the freedom they loved so well”. Tourists would watch as if attending a play.

I can’t find evidence that the Mt Hood Indian Pageant lasted more than a season, maybe two. No evidence of the old fort exists today. The location is nothing more than a level piece of land that now contains more modern homes along what is now Brightwood Loop Road, just west of the town of Welches.

If not for a few photographs and postcards, and an advertising flyer or two, this place would be forgotten. 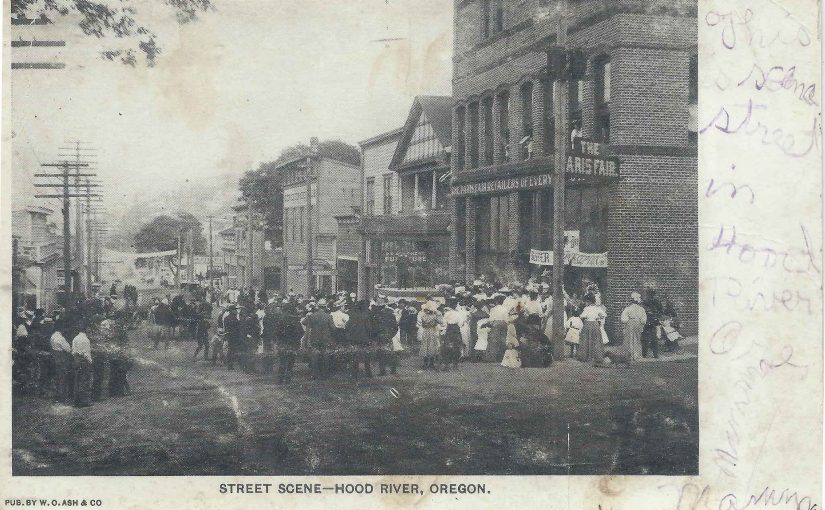