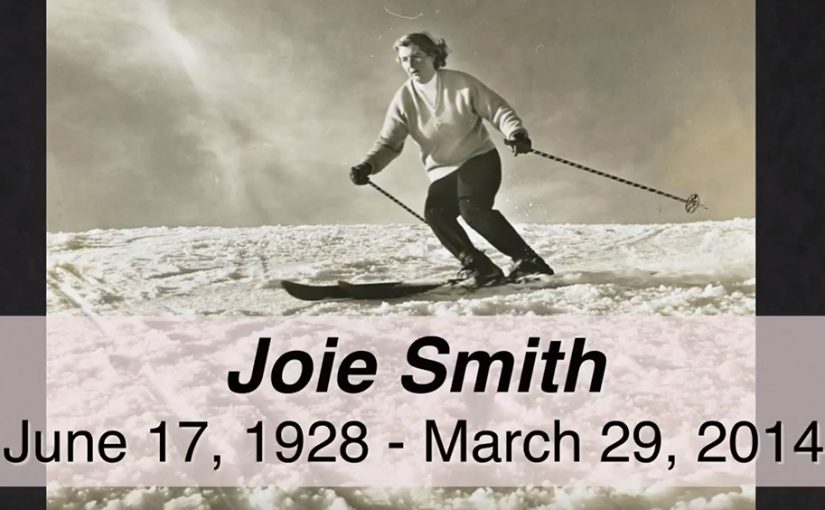 Joie Smith was a legend on Mount Hood for 60 years. Her story will be told for years into the future.

Joie was everything from an Olympic skier to a pilot to a tow company owner and operator.

A longtime Mt. Hood resident, Joie Reid Smith, passed away March 29, 2014, at her home in Rhododendron. She was born in Portland to June (Reid) and Oscar Clossett. Her mother married Blasdel Smith after Oscar’s passing. In 1953, she moved to Rhododendron where she operated a ski shop and later a towing business. Joie is survived by her half sister, Gayle Smith Kosel; numerous nieces; and a nephew. Her half brother, Sherrill Smith, predeceased her. A celebration of life will be held from 2 to 4 p.m. Sunday, April 27, 2014, at Mt. Hood Lions Club in Welches. Remembrances may be made to Camp Namanu through Camp Fire Columbia.

This video brought tears to my eyes. I’ll miss my dear friend Joie Smith for the rest of my life. I have so many precious memories of our times together.

Thank you to everyone responsible for putting this video together. Thank you to my friend Bill White for his part and for the DVD copy.