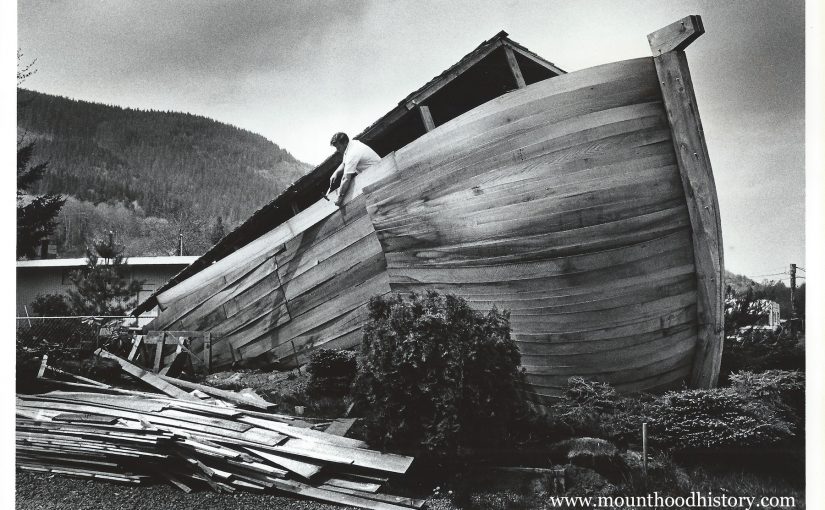 “Richard Lightbody, owner of Oregon Ark Motel, puts final touches on “ark” he is building out of bender boards, even though area has had fewer than 40 days of rain a year. He said ark was not meant to save souls but to attract attention to his motel on U.S. 26, which he has owned since June.”