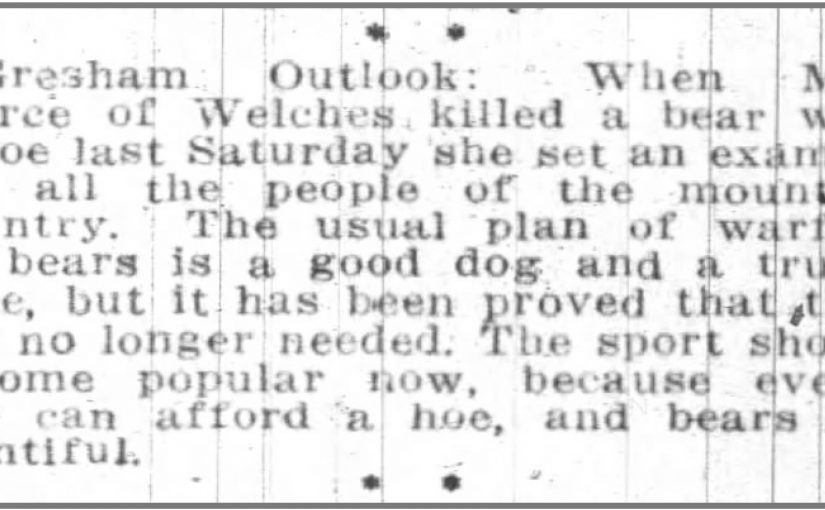 Mrs Pierce of Welches Killed a Bear With a Hoe – I have spent a lot of time talking with old timers and family members of those who have lived up here in the Mountain Community for quite a few years now. In one or two conversations I’ve heard tell of a woman who gained local notoriety for killing a bear that invaded her space with a garden hoe. That’s right a woman killed a bear with a hoe.

This afternoon while perusing newspaper archives I happened across this newspaper clipping. Well what do you know? It’s a true story.

“Gresham Outlook: When Mrs. Pierce of Welches killed a bear with a hoe last Saturday she set an example for all the people of the mountain country. The usual plan of warfare on bears is a good dog and a trusty rifle, but it has been proved that they are no longer needed. The sport should become popular now, because everyone can afford a hoe, and bears are plentiful.”

How to survive a bear encounter (and what to do if it all goes wrong …
Jul 21, 2016 … You’re more likely to die from a tick bite or a bee sting than to you are to be killed by a grizzly bear in Yellowstone park, but here are a few tips …