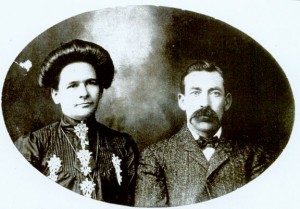 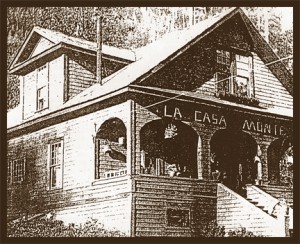 Well, it seems that it’s been long enough between posts, that I should at least post the articles that I have written for the Mt Hood Magazine. If you haven’t been to the web site, please take a minute and give it a peak.

The first article is about Wemme, Oregon and the town’s namesake, E. Henry Wemme.

I hope that you enjoy the article.

Wemme, Oregon, the place with an odd name. Is it “Weemy” or “Wemmy”? How in the world did it get its name?

Wemme, pronounced “Wemmy”, is easily overlooked as folks drive past on the highway either to or from their stay at Mount Hood and its Villages. With the highway being four lanes and nearly as straight as an arrow, it hardly indicates how our road to Mount Hood used to be. And, as a matter of fact, the name itself is very much related to the growth of the highway that bypasses it. 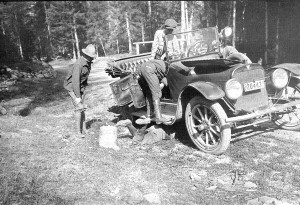 The story of the Village of Wemme must start with the establishment of the Barlow Road and its development into a toll road and a two way track from its original westerly Oregon Trail route. In the later part of the 19th century, the Barlow Road, established in 1845 by Oregon Trail immigrant Samuel Barlow, was the route to Mount Hood’s south side and its recreational possibilities for the early Portland area adventurers. The road was a private toll road and, throughout its years,  was held by several different companies. It went into many different levels of repair and disrepair over the years.

In 1912, Portland businessman and early automobile enthusiast, E. Henry Wemme purchased the old road for $5,400. Mr. Wemme is considered Oregon’s first motorist as he purchased the first automobile in Oregon, an 1899 Stanley Steamer. He owned a tent and awning business during the Alaskan gold rush, and became very wealthy supplying tents to the miners.

In 1915, after spending $25,000 on the much needed improvements, he eliminated the toll and opened the road to free travel. Upon his death in 1917, the road was willed to Wemme’s attorney, George W. Joseph, and it was held in trust until it was accepted by the Oregon Highway Commission in 1919 to be developed into the Mount Hood Loop Highway that we enjoy today. 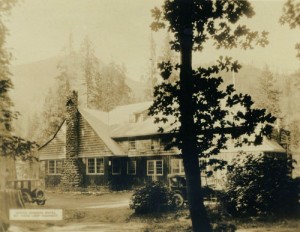 Back in its heyday, Wemme was separated from the other local communities by the wooded, winding, rutted unpaved road. Pavement, modern automobiles and rapid travel had yet to come into existence, which made each village its own separate community. It was only after the widening of the road into a modern highway and the loss of the slow paced country road that the local communities started losing their separate identities.

Many aren’t aware that in 1977 Welches came very close to being called Wemme.  The old Wemme post office building was to be closed and replaced with a new modern facility that had been built further east and down the road to Welches. At the time Welches had no post office. A local resident, Bill White, understanding that the new post office was not in Wemme, wrote letters and petitioned the postal service to name the new post office Welches. His efforts were successful and the community of Welches retained its identity and its name.

Today, almost as soon as you enter Wemme, you’re leaving Wemme and headed to Welches. Don’t blink, you might miss it, and because of the terrific businesses and restaurants that are located there today, you will be missing much.