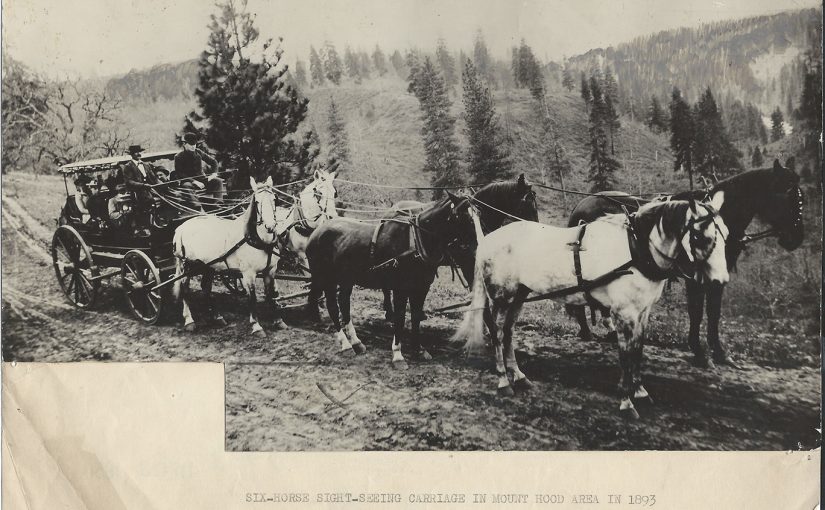 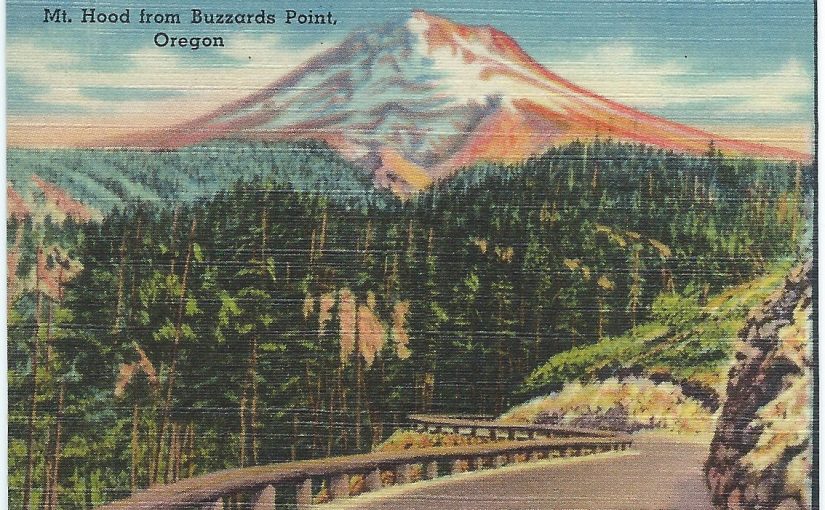 Here’s a great assortment of views of Portland Oregon and the Columbia River Gorge circa 1950. They’re printed using an offset printing process on canvas textured paper. Printed by the Angelus Commercial Studio in Portland, Oregon. The cards are the same as the postcards that the company printed but are half the size.

This very same tour can be taken today via modern cars and improved highways in a day; A very full and satisfying day. The only things that have changed since the era that these cards were made are that the Columbia River Highway, Historic Highway 30  has been replaced with the more modern Highway 84 through the gorge. Also the old Mitchell Point Tunnel was demolished in 1966 during construction of Hwy 84, but there are efforts through the restoration of the old highway to consider restoring the tunnel by boring a new tunnel through Mitchell Point.

All of these Views of Portland Oregon and the Columbia River Gorge are available for your enjoyment today, but these old photos bring back a more bucolic era in the Portland and the Mount Hood countryside. One where tourism was more slow and laid back. One where the trip was about the ride and not the destination. One that allowed us to stop along the way and send a postcard or two. 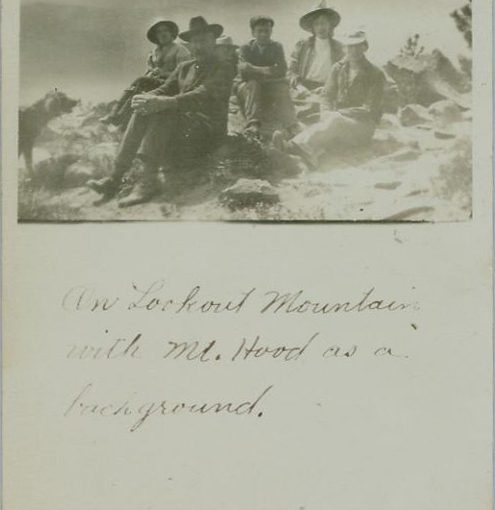 “On Lookout Mountain with Mt Hood as a background.”

Not a lot has changed in the last 100 years once you hit the trail… well, maybe the clothing but we still get the same feeling of freedom when we stand on a place like this with Mt Hood as a background.

Lookout Mountain is on the east side of Mount Hood and was once the location of a fire look out. The look out building has been gone since 1966 but the foundation is still there.

Back when this photo was made there was no fire look out like we’re familiar with. There was most likely just the alidade, or triangulation device, and a log cabin in the field below.

You can get to there two ways. The hard way or the easy way. You can either catch a trail near Robinhood Campground on Highway 35 and hike about 6.5 miles with about a 3000 foot elevation gain, or you can drive up to High Prairie off of the old Dufur Road and walk a gentle old road for about a mile and a half.

And what a great view of Mount Hood you’ll get. 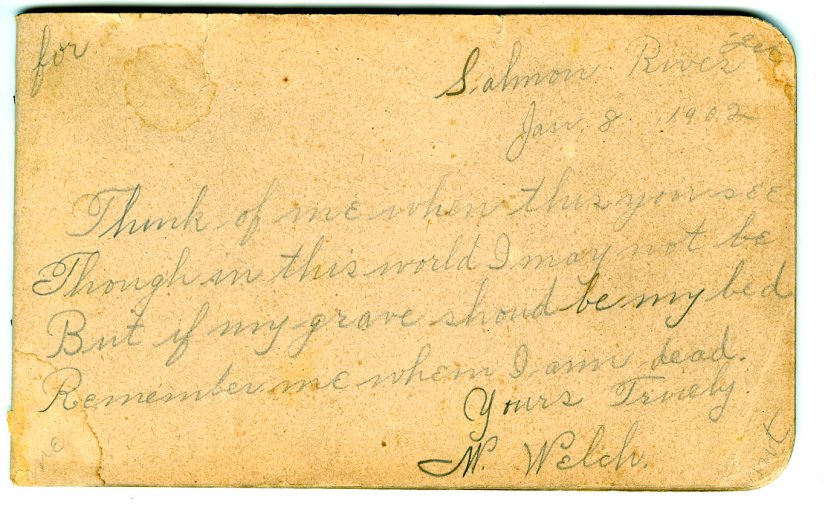 A Message from William “Billy” Welch from the grave.

A signature of William “Billy” Welch from 1902. This was prior to the establishment of Welches as a town. Billy seems to have been in a grim mood when he wrote this. Sadly his wife Mamie Kopper would die soon after.

Think of me when this you see
Though in this world I may not be
But if my grave should be my bed
Remember me when I am dead.

I wonder if he really thought that people would be thinking of him over 100 years later?