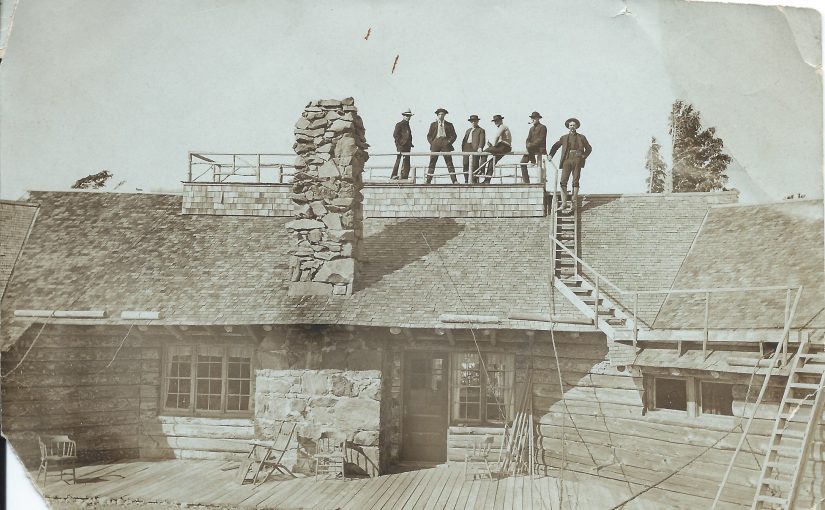 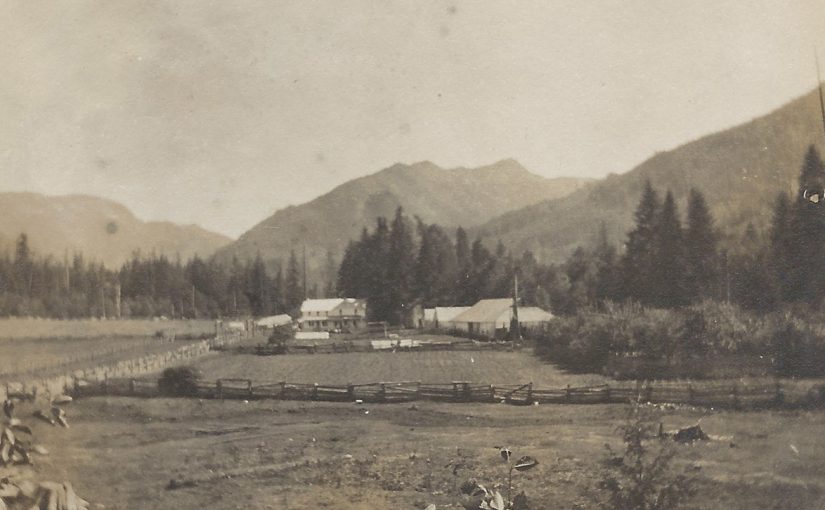 Here’s a great early view of the old Welches Ranch at Welches Oregon.

This view is after Sam had gone. You can see the store, post office, the dance hall and the white canvas tourist tents lined up along the road to the left of the Welch home. Billy’s cow pasture, which is now the golf course at the resort, is at the left side while his orchard can be seen on the right side of the photo.

When this photo was taken there was only a sign out at the Barlow Road, where the modern shopping center is presently located, directing people to turn south and drive to Welches Ranch one mile away. 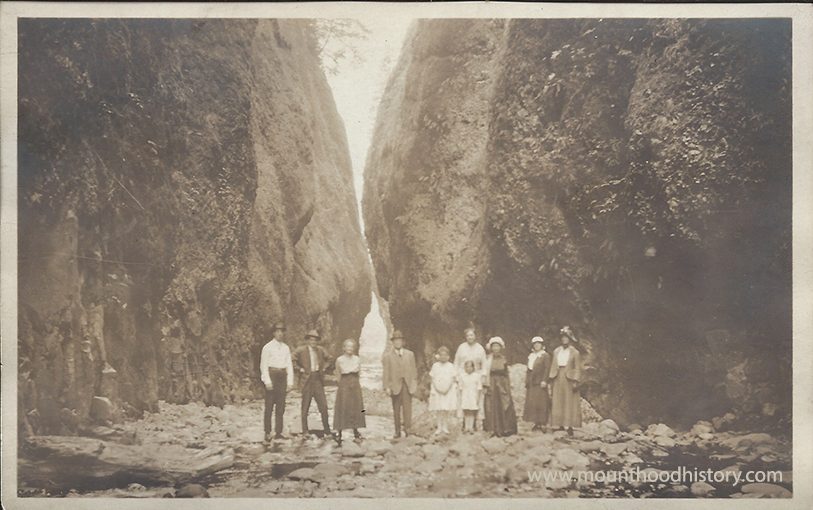 Here’s a happy group of hikers exploring Columbia River Gorge Gorge around 1910 becoming a part of the Oneonta Gorge History . This slot canyon within the Columbia River Gorge and on the scenic Historic Columbia River Highway has been a popular location to explore for a very long time. Today on a hot Summer day it can be elbow to elbow with people.

Today there’s a log pile to negotiate and a stretch of water that can be chest to chin deep to make your way into the little canyon, but there’s an amazing waterfall at the end as a reward for the trek.

Oneonta Gorge – Wikipedia
The Oneonta Gorge is a scenic gorge located in the Columbia River Gorge area of the American state of Oregon. The U.S. Forest Service has designated it as a …