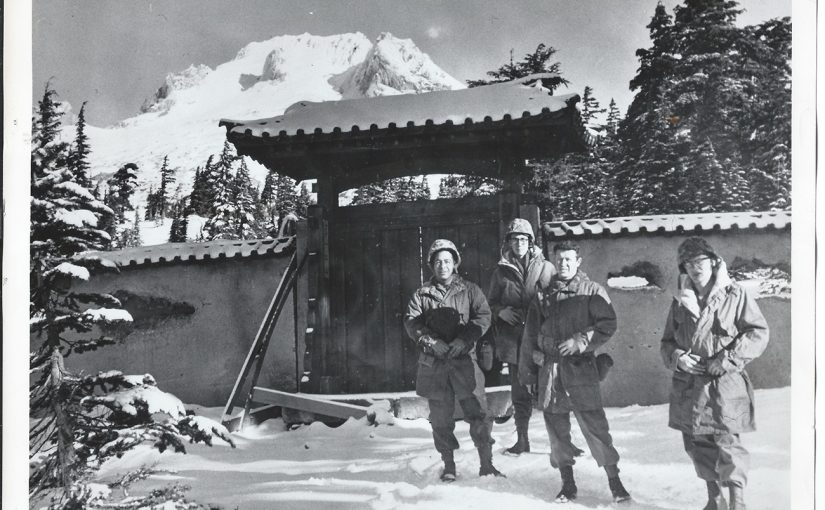 Transporting M-41, 26-ton tank from Fort Lewis, Wash., to Timberline Lodge, to be used in Korean war film being shot on location, this week provided side drama. Aboard a truck, the tank was stopped at the Oregon border as legally too heavy for Oregon highways. A bigger truck finally made transport.