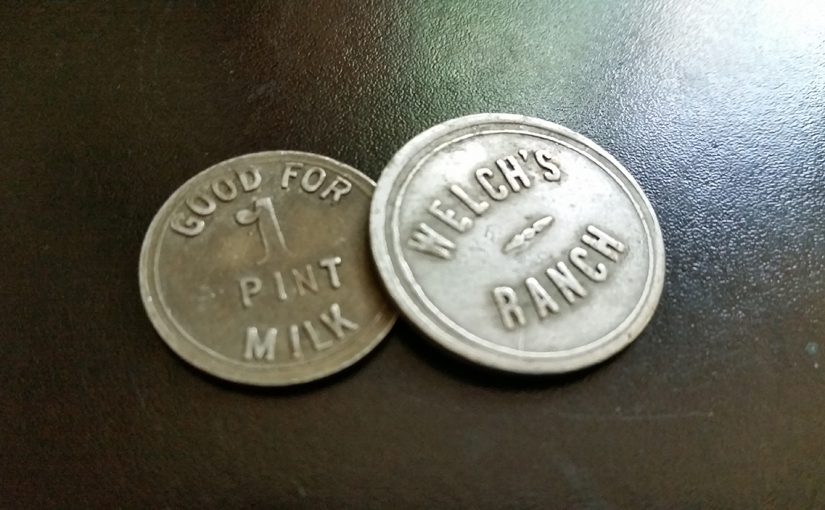 In the day and age of quick trips to the store for a gallon of milk as well as refrigeration to preserve the milk we sometimes forget that our ancestors didn’t have those conveniences.

Billy Welch was a resort proprietor. He ran the Welch’s Ranch in a way as to include most supplies that the visitors, hotel guests, cabin dwellers as well as campers might need during their stay. He had a dance hall, restaurant, post office, was a notary public and operated a store, much like convenience stores of today, that had everything from candy for the kids to food for meals as well as other items of necessity.

In its early stages Billy’s store had no refrigeration. In lieu of coolers or or ice chests he had a cold shed down at the Salmon River where he had diverted the cold water from the river through the shed. It kept the shed chilled and things such as jars of milk could be preserved by sitting in the cold water bath.

To purchase your milk you would buy aluminum tokens at the store and then, as you needed milk, you would go to the cold shed and drop your token in the can and take your jar of cold milk. Billy had two denominations. One pint and one quart. On one side it read WELCH’S RANCH. On the other it read GOOD FOR 1 PINT or GOOD FOR 1 QUART.

Today these Welch’s Ranch Tokens are quite scarce.